-->Service Locations For Our Junk Removal And Hauling 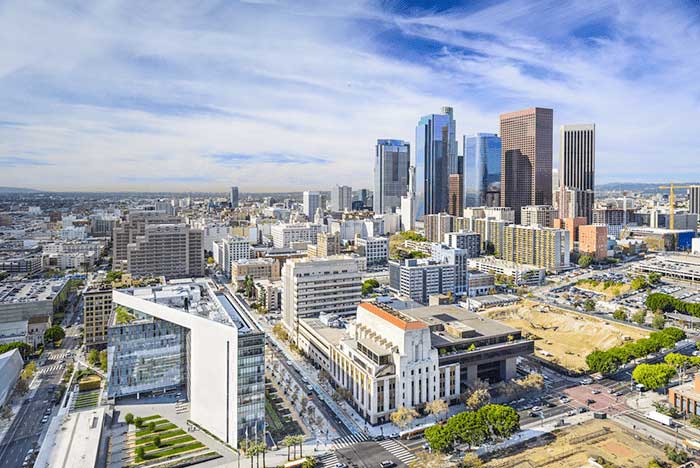 Los Angeles is the third most populous city in the U.S. The city was founded on September 4, 1781, under Spanish governor Felipe de Neve, on the village of Yaanga. Los Angeles (or “L.A.” to locals) is famous for the Los Angeles Lakers basketball team as well as the Los Angeles Rams football team who moved back to L.A. following years in a different city.

Simi Valley gets its name from the Chumash Indian word Shimiyi. The name applies both the city and the valley in which is situated, both of which are located west of the San Fernando Valley. After 1950 and the advent of tract housing the city has since grown to a size of about 125,000. It’s famous for the Corriganville Movie Ranch and Ronald Reagan presidential library.

Burbank’s history like much of California goes back to the Spanish expedition of the 1700s but from the late 1800s to the early 20th century it got its name from the dentist David Burbank who owned much of the land which eventually became the city which bears his name. Burbank is famous of course for movie studios such as Warner Bros. and Walt Disney Studios among other film industry companies which is why it’s called the Media Capital of the World.

Directions to BumbleBee Junk from Burbank

Van Nuys is located in the center of the San Fernando Valley making it central to many things in the area. This “city” of about 102,000 boasts attractions such as the Japanese Garden and the Van Nuys Airport which caters to private aviation.

The San Fernando Valley encompasses many different areas or “cities,” all of which are technically part of the city of L.A. such as Woodland Hills, Studio City and Encino. Situated north of downtown L.A. “The Valley,” as it’s called, has notable attractions like Universal Studios, the Brady Bunch House (from the 1970s TV show) and the Great Wall of Los Angeles.

Sun Valley, CA is another SFV city near the Verdugo Foothills. With a population of around 75,000 the area boasts suburban as well as mountain or equestrian living. It contains historical landmarks like the 100-year-old Stone House in the Stonehurst neighborhood and hidden gems like the Theodore Payne Foundation.